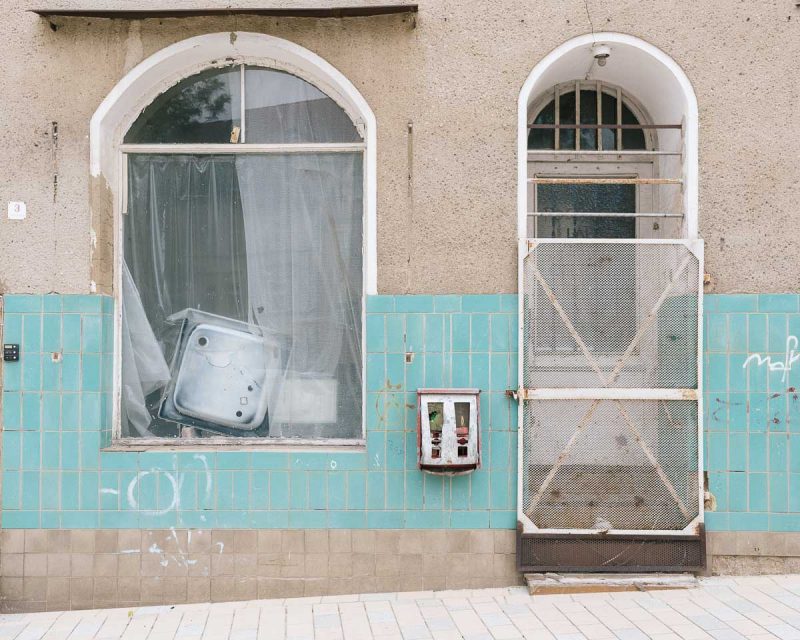 This series deals with the term shrinking cities, which describes the fall of cities in economically underdeveloped regions, most often as a result of political and social transformation processes. In the case of Zeitz, a city located south of Leipzig which has been stigmatized as a ‚ghost town‘ by the media, the economic transformation due to the German reunification had caused mass unemployment and the migration of the population, searching for labor in economical stable regions. The documentary work focuses on the found topography to provide an insight to the city and the region, which is currently oscilating between demolition and rise.